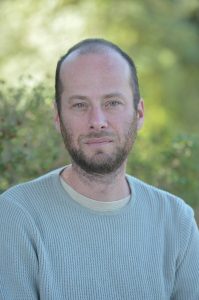 Dr. David Kertai is an expert on the Assyrian Empire and the architecture of Mesopotamia (present-day Iraq). He is currently affiliated with the Martin Buber Society in Jerusalem, and he is conducting research on the architecture of ancient Babylonian palaces. David recently visited Leiden for a conference on Nineveh at the National Museum of Antiquities. Persia and Babylonia met with him there to discuss his work, the (im)possibility of excavating in Iraq, and how he ended up in the discipline of Near Eastern Archaeology in the first place.

First things first: you once started as an Architecture student at the TU Delft (the Netherlands), but you eventually switched to ancient history and to the architecture of ancient buildings. How did that come about?

During my studies at Delft I realised that I wasn’t that interested in personally creating a building – something an architect probably should be interested in. I, however, was more drawn to the theory and history of architecture. So I decided I wanted to study architectural history. But in the Netherlands that’s only possible as part of (Art) History, and I didn’t feel like doing another general study. In the discipline of Ancient History, however, it was possible to specialise immediately: you had to choose between Roman, Greek or Assyrian.

So you just sort of stumbled into it?

Yes. Ancient History was the most specialised study I could find.

Why did you choose Assyrian over Greek or Roman?

I think Greek and Roman architecture is relatively boring. So many people have already worked on that. The Middle East, however, seemed interesting to me.

So what’s the difference between ancient architecture and archaeology?

I think the difference is that I’m not much concerned with archaeological details when I look at architecture. Those details are always very problematic with old excavations (editor: many sites in Iraq were excavated in the 19th and early 20th centuries, with methods and tools far below modern archeological standards). In the case of the ancient palace at Babylon, for example, they’re now looking at all of those details anew. That will surely result in all kinds of small chronological changes: perhaps a few doors or walls of the palace should be re-dated to Phase A rather than B, and perhaps certain renovations were conducted at an earlier rather than later time. But I’m ignoring those details at the moment. I look at the palace as if that were the palace.

What are you looking at exactly? How big the palace was, in what style it was built, which colours were used on the walls..?

No, not quite. I’ve always been interested in how people shape their lives through architecture, in this case at the Babylonian court. The idea is that the way in which you shape the space around you influences the way in which people interact with each other. For example, the big difference between the palace of Babylon and the palaces of Assyria is that movement in the latter is extremely concentrated: everyone has to walk through a handful of hallways to get from A to B. You can’t simply walk from one room to the other. You always have to go outside and use the same hallways and open courts to reach another part. So if you close off one hallway, you’ve practically closed off an entire section of the palace. In the Babylonian palace, however, everything is connected with everything. Almost all of the rooms lead to yet another room and there’s almost no room with a dead-end. There are infinite ways to get from one part to another. That’s actually quite comparable to European baroque palaces. We might think that a bedroom is an isolated room, but in ancient Babylonia and European baroque the bedroom is just one of the many rooms you can walk through to get to some other place. In other words: there are no isolated areas.

Why do you think they chose for that style of architecture?

I’m not sure. What you can see in baroque palaces is that the way the architecture was used partly depended on someone’s rank. For example, there were small spaces within the walls themselves: they (rather than the regular rooms and hallways) could be used by servants. But they could also be used by the most important people, such as the king: kings had the right not to be seen when they didn’t want to be. But everyone else had to use the regular rooms and hallways. I don’t think Babylon had this sort of hierarchy. There are no hidden doors or hallways in Babylon, nor are there obvious servants’ quarters. So: I don’t know yet!

You’ve said that you see yourself more as an archaeologist than an Assyriologist; so what kind of excavations have you been to?

I’ve been to about five or six excavations. I started with a Dutch excavation team in Tell Sabi Abyad. That site was essentially of Neolithic date, so about 8000-7000 years old. Lying on top of the site were the remains of a small Assyrian farm of Middle Assyrian date (ca. 1200 BC). I’ve also done an excavation at Tell Kazel at the Syrian coast, near Lebanon (ca. 1200 BC), and in Tell Halaf where I excavated the Late Assyrian period (ca. 900-600 BC). But in the last two years I’ve mainly been to Iraqi Kurdistan as part of the Iraq Emergency Heritage Management Training Scheme of the British Museum.

That’s quite a time-range, from the Neolithic to the Middle Assyrian period! Is that all equally interesting to you?

Well, I think the Assyrian period is the most interesting historical period, but sites of Neolithic date are actually much more interesting to excavate. Because they are so much more unpredictable. For example, Assyrian walls are made of standard clay-bricks and are mostly built at a right angle. So you can pretty much predict where you can find the next standard brick; there’s not much variation. Neolithic walls, on the other hand, go into all kinds of directions. It’s harder to excavate, but also more exciting.

Are you primarily excavating temples and palaces, or also smaller houses, farms and shops?

That depends. Neolithic sites are often villages, or storage facilities. But Assyrian buildings are almost always monumental. That’s partly because it’s difficult to find smaller buildings. One reason for that is continuous occupation: the lower-town of Tell Halaf, for example, is still inhabited today and can therefore not be excavated. The only part of the site where we can excavate is the citadel, which largely consists of monumental buildings. But another reason is: we don’t really know how middle or lower class people lived in antiquity. Maybe they didn’t even live in houses. Maybe they lived in huts. And those are much more difficult to find and excavate.

You often hear that 19th century archaeologists focused on monumental buildings (temples, palaces) at the expense of domestic architecture. That can result in quite a lopsided view of Assyrian life. What is your take on that?

Well, first of all, the archeological techniques of the 19th century were not yet good enough to find non-monumental architecture. So even if they’d wanted to, they couldn’t have. It’s only at the end of the 19th century that they’re able to recognise mudbricks. And when the Germans excavated Assur, the old Assyrian capital, they also actually found all kinds of houses. So the interest was always there. As for more recent times: the political situation in Iraq has made excavations difficult. At Nineveh, for example, almost nothing has happened for the last 100 years. I mean, I know some people went there in the late 1980s, but almost all work ceased after the First Gulf War. And some people excavated at Assur in about 2000, but that stopped after 9/11. So we’ve had little chance to rectify and add to the excavations of the 19th century. We essentially know little about Iraq. And that’s also why we know much more about Syria, a country which early archaeologists paid much less attention to. Until recently, of course.

The political situation in Iraq and Syria is of course tragically well-known. But some parts of the region seem to have become more stable. Are any archeologists working there at the moment?

Most people are now excavating in Iraqi Kurdistan; but there are also a few people in south Iraq. Not a lot, but a few. But, yes, it remains a tragic fact that the original core of our discipline – Iraq – is also the place where the least amount of work has been conducted in the past generation. Most of the people who have excavated there are now around retirement age. So there’s a huge gap.

And there’s probably still a lot to dig up…

Yes, but not only that: when excavation projects reappear, students will reappear as well. More people will be engaged with it, and old things will be put on the table again and discussed and debated. Now, our knowledge is often based on what archaeologists were thinking 50 or 100 years ago. There has been some reinterpretation, but still… Archaeology is primarily based on where archaeologists are excavating. Most of the students will work on that material. And as there have been almost no excavations in Iraq in the past couple of decades, it has also suffered from a lack of interest generally.

What about archaeologists from Iraq itself?

There have always been Iraqi archaeologists and students. Even in the 19th century: the person who excavated the most was Rassam, a local Iraqi from Mosul – even though he wasn’t always considered a ‘worthy’ colleague in England, simply because of his nationality. Nonetheless, he has actually done a lot of the work. But it has been tough the last couple of years. Iraqi archaeologists and student have done enormously life-threatening work to protect the excavations, to keep a close eye on what was happening there… It hasn’t been easy.

To what extent has the political situation in Syria and Iraq influenced you own work?

Well, all excavations in Syria have stopped. And extensive damage has been done to some of the archaeological sites and museums. Some colleagues, such as Olivier Nieuwenhuijse (Leiden University), are putting in a lot of effort to chart the inflicted damage, and to save what can be saved. But it’s hard. Most people in Syria and Iraq have better and more important things to worry about, of course… But, yes, I think it is the duty of archaeologists to concern ourselves with the tiny part of our own expertise, and to focus on the small area where we can make a difference.

Thank you for your time, David. I just have one last (happy) question for you: is there anything in your work (e.g. any site that you’ve been to) that was especially interesting or beautiful?

If I had to choose, that would be Tell Sabi Abyad, a village of Neolithic date. The structures there were especially well preserved, from 1 to 8 meters high. So you could really stand in the old streets and houses. And that felt pretty special after 8000 years…