How Did Ancient Documents Survive the Test of Time?

Many documents from antiquity have not been preserved. That is not because some ancient fire destroyed them all (as was allegedly the case with the Library of Alexandria). No, the reason behind this loss is often much more mundane. Many documents were simply thrown in rubbish dumps, for example. Also, outdated texts were erased and the materials on which they were written were reused for novel documents. Clay tablets were sometimes broken up into pieces and/or reused as filling during the construction of buildings. Papyri were shredded and/or deteriorated in moist conditions. Nevertheless, a lot of documents did survive – and one might reasonably ask what sets them apart from all the others that have disappeared. 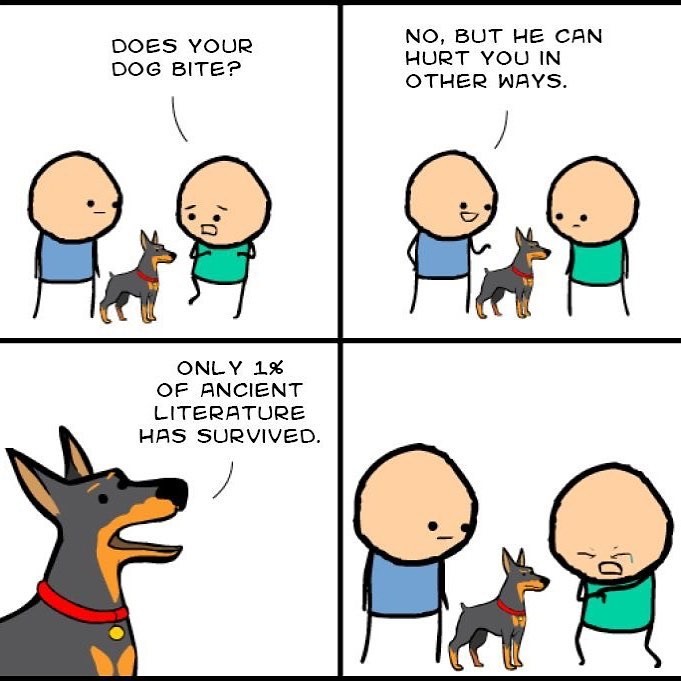 When a document has survived for two thousand, three thousand or even over four thousand years, there are a myriad of possible reasons for its survival. The context in which a document is found and the material of which it was made are two important elements. Papyrus, parchment and paper, for example, are fragile and perishable materials. They will deteriorate when they come into contact with water or moist air. This explains why the majority of papyrus and parchment documents are found in the dry and hot sand of Egypt, while they are barely ever found in the rest of the Middle East. Baked clay, on the other hand, is a bit more robust: while no papyri or parchments survive from Babylonia, thousands of clay tablets have been found in its soil. This is a lucky strike for us. If the Babylonians had only used perishable materials to write on, Assyriology might never have existed.

The environmental conditions and the type of materials used for writing make up the basis of the survival, but other elements are equally important. The way that humans kept and discarded their documents in antiquity should also be taken into account. A papyrus, for example, which is buried in an isolated tomb at the edge of the desert will more easily survive than a papyrus which was kept in a house near the Nile. Documents that were suddenly left behind are also more apt to survive than documents which continued to be kept until they had reached their ‘expiration date’: as mentioned above, outdated documents could be reused or broken up into pieces. Assyriologists usually speak of ‘dead’ and ‘live’ archives in this context. ‘Dead’ archives consist of documents which reached their expiration date and were thrown away or were set aside for future consultation, while ‘live’ archives are archives which were suddenly left behind in the middle of their life-span. War, for example, may explain such a break-off: people who had to flee or who were killed in the process sometimes left their documents behind, never to return for them again. Ironically, such ancient tragedies are the treasures of today.

The debate about ‘dead’ and ‘live’ archives is especially relevant when we look at the Babylonian material of the sixth and early fifth centuries BC. Tens of thousands of clay tablets have survived from this period, a staggering number when compared to any other period of antiquity. The question of why they have survived is as interesting as the information that they contain. That’s because their survival can be connected to a period of Babylonian rebellions against Persian rule. We know that two Babylonian rebels revolted against the Persian Empire in the summer of 484 BCE; we also know that the majority of the Babylonian archives, some of which show connections to the rebellions, end in or just before 484 BCE; and we know that archives which do not show an explicit connection to the rebellions continued for years after this crucial summer. The hypothesis is therefore that Persian reprisals against the Babylonians who had supported the rebellions resulted in the large-scale and contemporaneous end of their archives. The archive holders may have been killed, or deported, or simply put out of office and demoted from their ranks; and their documents were left behind, still on the shelves or on the ground in the ruins of what once was their home. Today these documents constitute one of the richest sources for the ancient Near East. Without them, present day Assyriologists would have much less to write about.

So, what can we gather from this? First of all, ‘loss’ and ‘incomplete documentation’ are phenomena that every historian has to deal with. It is often more apt to ask why and how certain documents have survived, than why and how all the others have disappeared. But questions about survival can also bring us to exciting hypotheses about a region’s political history, and about the fate of the people who actually wrote the texts. The end of any group of documents is therefore more important than its actual beginning: it’s the end, after all, which dictates whether a document will withstand the test of time. Do you think your documents will?