Many archaeological sites fall prey to looters in their search for saleable antiquities. The ancient city of Borsippa, or present day Birs Nimrud, in Central Iraq was one of the preferred hunting grounds for looters in the 19th century. Most of the Borsippean private archives dating to the early 7th till 4th century BCE were unearthed through illicit digs. Consequently, the exact find spot and the original composition of these archives are forever lost. Why Borsippa? What is so particular about this site that it attracted the attention of looters? 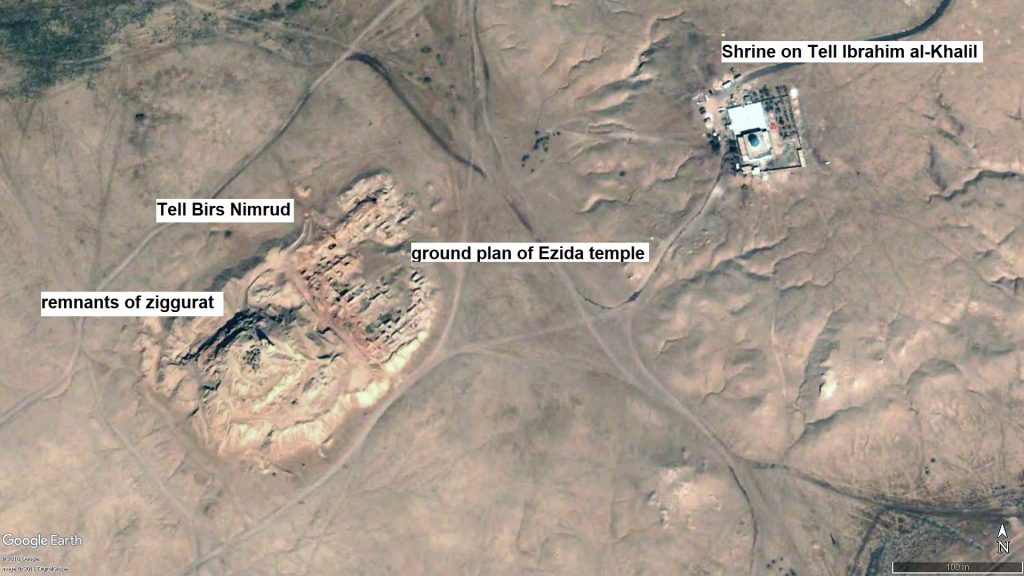 Figure 1: Satellite footage showing from left to right: the remnants of the ziggurat, the excavated ground plan of the Ezida temple and Tell Ibrahim al-Khalil which is considered to have housed the residential quarter of the city (Credit: Map ©2018 DigitalGlobe).

First, Borsippa is an important historical site thanks to its location. The city was located only 20 km southwest of Babylon, the capital of the Neo-Babylonian Empire. Borsippa blossomed during the reigns of the Neo-Babylonian kings and it was considered the twin-city of Babylon (Waerzeggers 2010, 5-9). The two cities were well-connected to each other via the Royal Road and the Borsippa Canal (Waerzeggers 2010, 4). Enclosed by a rectangular city wall, the city of Borsippa extended over the mounds Birs Nimrud and Tell Ibrahim al-Khalil and their immediate valley (Baker 2012, 919).

Secondly, Borsippa was a major place of worship. The hill of Birs Nimrud housed the ziggurat and the Ezida temple (see figure 1). The temple was the place of worship for the city god Nabû, his wife Nanāya and several minor deities (Waerzeggers 2010, 20-32).

Thirdly, this important historical site was inhabited, destroyed and rebuilt during several periods. Inscriptions testify to the restoration works and the ambiguous building projects of past rulers. The Assyrian king Assurbanipal (668-627 BCE) and his brother Šamaš-šumu-ukīn (667-648 BCE), for example, contributed to the repairs on the temple (Baker 2012, 916). A foundation cylinder discloses the rebuilding of the ziggurat under the reign of the Neo-Babylonian king Nebuchadnezzar II (604-562 BCE) (Allinger-Csollich 1991, 494-498; Baker 2012, 919). Both the tower and the temple had multiple construction phases. The oldest temple structures unearthed so far during the recent excavations conducted by the University of Innsbruck date to the Achaemenid period (550-330 BCE) and the youngest structures to the Parthian period (Allinger-Csollich, Heinsch and Kuntner 2010, 33; Kuntner, Heinz 2012, 240-250). As cities blossomed under the patronage of kings or governors, they also got destroyed under their thumb. Not Xerxes’s repression of the revolts against him in 484 BCE, but a fire in 650 CE marked the end of the occupation of the Birs Nimrud (Allinger-Csollich, Heinsch and Kuntner 2010, 32). 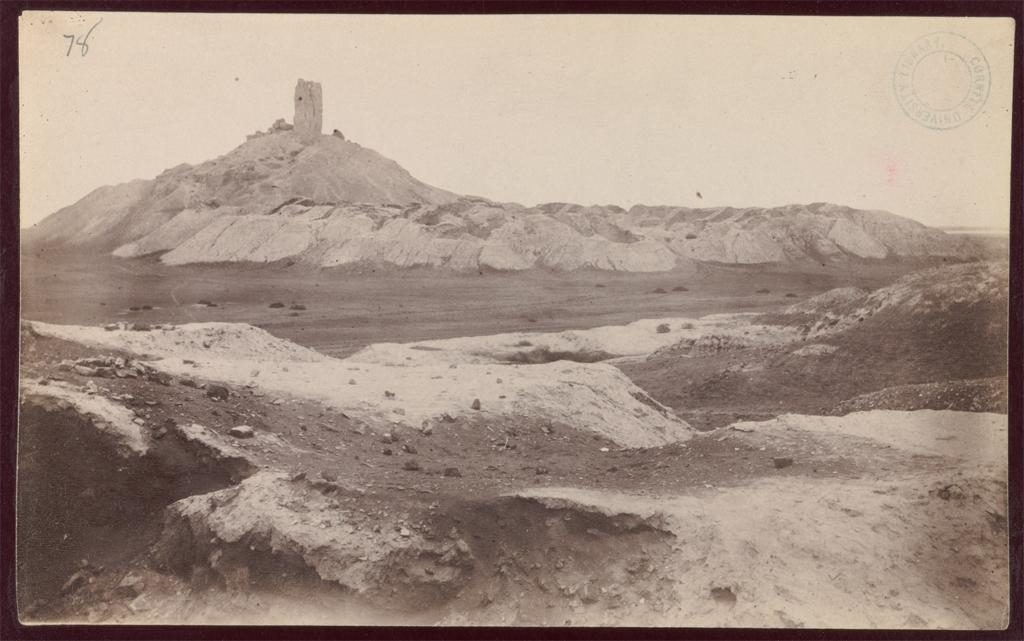 Remnants like that of the ziggurat are still visible today and testify to Borsippa’s rich history (see figure 3). When Borsippa was rediscovered by travellers and the first 19th century excavations on the site uncovered valuable artifacts, the site caught the eye of clandestine diggers. Between the expeditions headed by Rassam from 1879 till 1882 and the excavations of Koldewey in 1911, the residential quarter on Tell Ibrahim al-Khalil opposite Birs Nimrud was reported to have been heavily looted (Waerzeggers 2005, 344-345).

Thousands of tablets looted from Borsippa became available on the antiquities market between 1894 and 1900 (Waerzeggers 2005, 344). Via antiquities dealers they were bought by museums across the world. When looters rip the cuneiform tablets from the soil, the exact layer in which a tablet was housed and the association with other finds (e.g. potsherds, animal bones), features (e.g. storage pits) and structures (e.g. houses) on the site are forever lost (Renfrew and Bahn 2016, 49-52). This is disastrous for understanding the archaeology and history of the site.

To date illicit digs still contribute to the destruction of numerous archaeological sites. Looting of cultural heritage is next to drug, human, and wildlife trafficking, one of the most common illicit economic activities. Among other things it is used to finance terrorism. It is utopic to think that one day it will completely cease to happen. Nonetheless the future looks positive. Recent initiatives such as The Nahrein Network and UNESCO’s Revive the Spirit of Mosul, focus on the empowerment of the Iraqi people to protect their own cultural and intellectual heritage. This is to ensure that scholars, students, history-lovers and tourists alike can enjoy Iraq’s wonderful and beautiful heritage for years to come.