The social network analysis offers many possibilities to study the social realities behind cuneiform sources. The thousands of archival documents from Babylonia inform us not only about family concerns, such as marriage, adoption, and the division of inheritance, but also about various business and property related matters, such as the establishment of a business-partnership, or the sale of buildings, fields, or slaves. On the tablets we find the two parties involved in a certain arrangement, as well as the names of the witnesses and the person who wrote the tablet. The documents also contain the place and the date of writing. 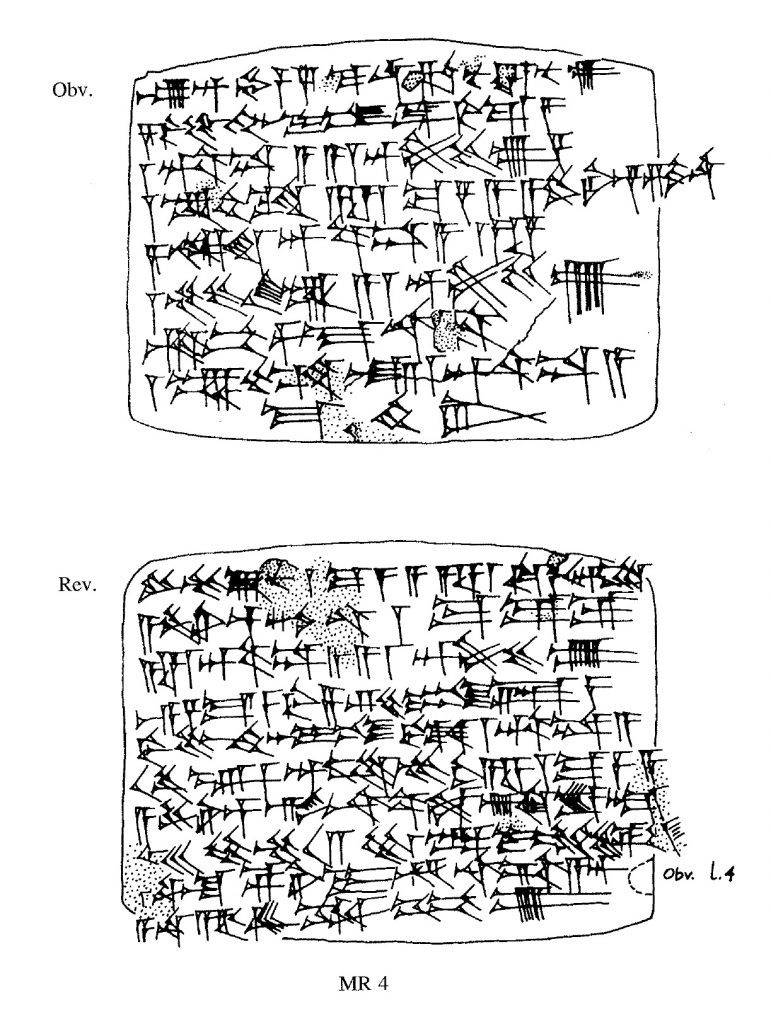 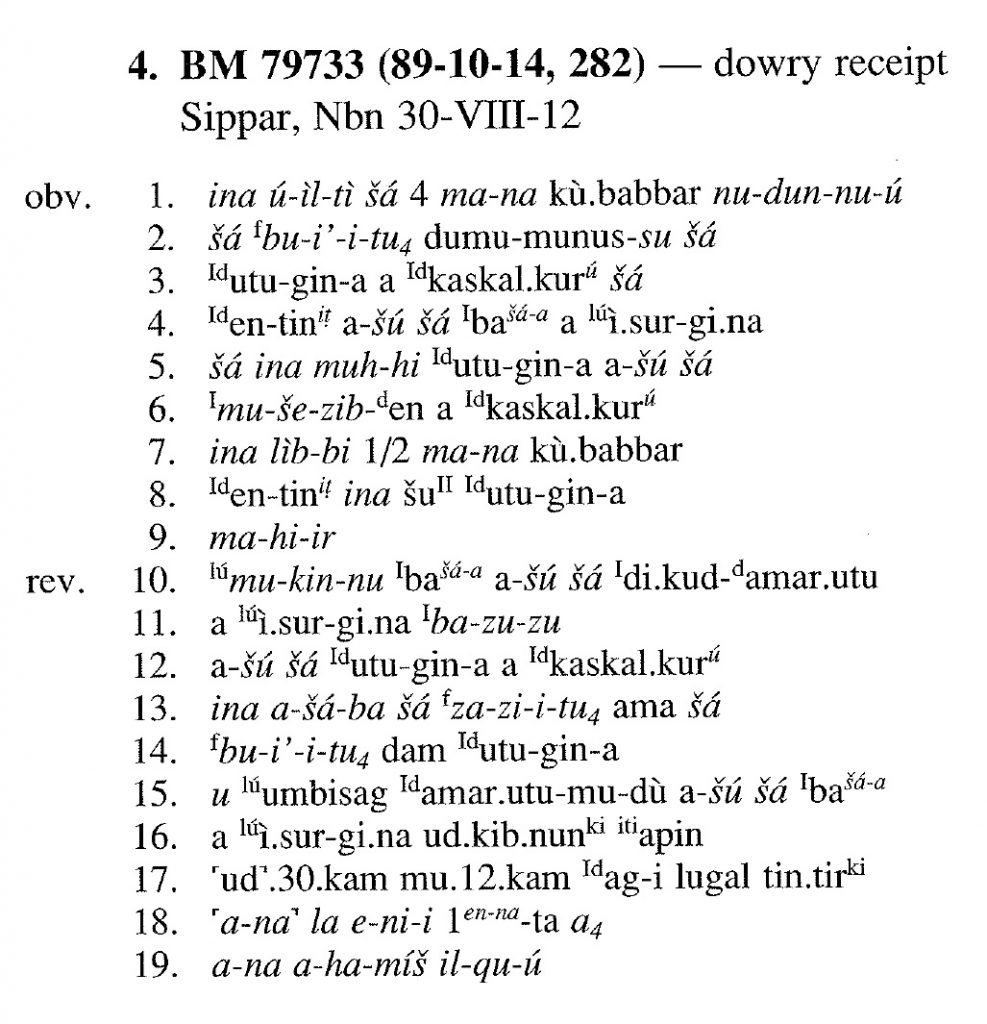 Figure 1: A cuneiform text in hand copy, transliteration, and translation (Waerzeggers 2014, no. 4).

All this information helps us to understand the social context and the historical setting of the transactions. The names from one document often appear on other documents as well, which enables us to link the names to actual individuals. Subsequently, we can build a profile of their social and economic life. Often it is even possible to track the ups and downs in their careers and observe whether these were connected to bigger economic, social or political processes.

Interesting patterns can be revealed by looking at the people who appear together on the tablets. To be able to see these patterns, we can use social network analysis. This method has been introduced in Assyriology only recently, but has since been used increasingly for various purposes. The idea of social networks is that people who appear together in a document were in some sort of contact with each other. For example, in the case of a house purchase, the seller and the buyer were meeting each other for the event(s) related to the sale. If these people appear together in other documents as well, let us say, in a contract concerning the lease of a field, then they were in contact at least one more time. Also the people who have witnessed or sealed these transactions, and the writer of the tablet, have been in some kind of contact with each other and with the contracting parties.

To study these connections using social network analysis, one has to first insert the data from the cuneiform texts into a database. Many Assyriologists use either FileMaker or an Excel sheet for this. At first, we enter tablet data, such as the document type (e.g. sale of house, or lease of field), the place and the date of writing. Next, we enter the names of the people who appear in the documents together with the roles they have in the text (e.g. seller, buyer, witness, or scribe). Sometimes, information such as the individual’s profession or his or her relationship to other individuals can be added to facilitate the understanding of the social realities.

Figure 2: The spreadsheet is created by the author on the basis of BM 74589 (Waerzeggers 2014, no. 82). The scribe Mušēzib-Marduk has recorded a sale of a slave in front of nine witnesses. The king is not present – he is mentioned in the date formula at the end of the document. Almost every name attestation on this tablet consists of personal name, father’s name, and family name. The gender on cuneiform tablets is indicated by the marker in front of the name, which is either DIŠ (‘one’) for male individuals or SAL (‘woman’) for female individuals. The profession is sometimes added to a name attestation, while the role can be either directly indicated on the tablet (i.e. with words like mukinnu and ṭupšarru or supported by certain phrases) or suggested by the context.

Figure 3: This spreadsheet lists attestations of individuals with the name Iddin-Marduk with their genealogical information, information about the document in which they appear (museum number, the date and place of writing, document type), and the role he has within in the document.

A useful step in Assyriology would be to separate the individuals by creating another column where one uses codes instead of names. For example, Iddin-Marduk son of Iqīšāya from the family of Nūr-Sîn (numbers 16-25 in the table) gets code IddinMardukIqisayaNurSin in each document he appears. This is done because not all SNA software programs can read diacritics in Babylonian names. Besides giving numbers to the individuals, a unique code can be given to each document (e.g. the museum number: BM 33070). These two columns of data then become the main subjects for analysis. More columns could be necessary depending on the research questions and the source material.

The next step would be to import the Excel sheet into a computer program designed to make mathematical calculations and visualize the data (e.g. UCINET, NetDraw, or Gephi). From there, one could study the density, centrality, or the directedness of the network, or look at the group formation and the ties (called bridges) between them. Based on such calculations, one can see how a certain individual was connected to others in his or her environment. For example, see Figure 4 that visualizes such a network. In the case of ancient Babylonia, the outcome is not always a true representation of reality, as not all relationships were documented. However, this is as close as we, historians can get to reconstructing social realities. 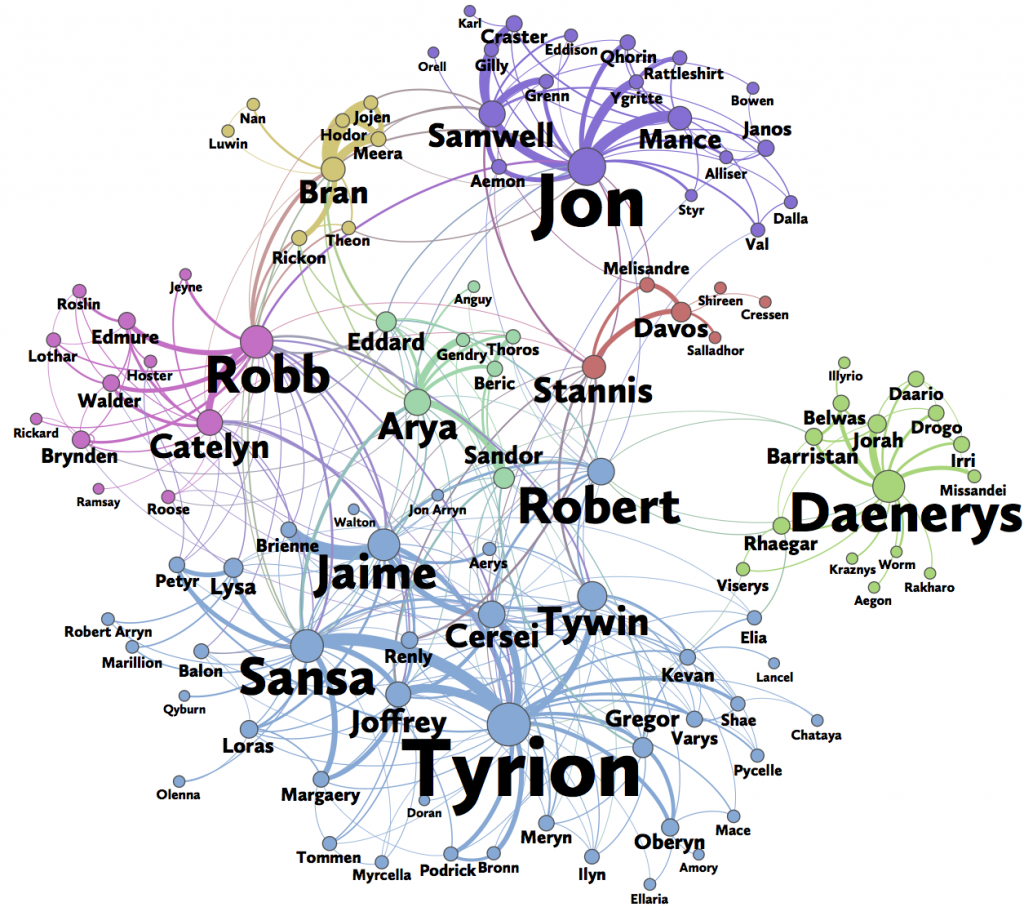 Figure 4. An image of the network based on Game of Thrones (Credit: Source)

Assyriologists can do this as well! Social network analysis can help to see patterns that are otherwise unnoticed. But the work does not end there — the patterns still need to be explained. For this, we need to go back to profiling individuals and understanding the connections between them. If we are lucky, we can find new insights into someone’s life and even discover hints of political changes.