Libraries and Archives: Solo or Ensemble?

In Assyriology documentation is divided into archival and library sources. Here we try to understand if this division also existed in antiquity, and if it took a physical form. In other words, where and how were libraries and archives established? Were they accommodated together or apart?

Today we can easily distinguish between a library and an archive and conjure up mental images of two very distinct physical spaces, each serving specific functions. Did proper libraries and archives exist in Babylonia 2,500 years ago? And if they did, were Babylonian archives and libraries kept together or were they stored separately?

Yes, Babylonians had collections of clay tablets (and other perishable materials such as wax writing tablets and parchment) which were stored in private houses, palaces and temples. Yet, the terms “library” and “archive” are modern designations that describe accurately neither the contexts in which those collections where found nor the rooms where they had been stored.

Yes, and yes! Library and archival tablets were found both jumbled together and in isolated contexts. Above all, however, we must keep in mind that the division between “library” and “archive” is a modern one. What sets them apart is the type of documents which we would nowadays expect to be stored separately rather than the (often unrecoverable) physical space in which they were kept in antiquity. If a tablet has a title of property recorded on it, one would expect to find it in an archive along with similar deeds or business texts. On the other hand, if that tablet records an epic poem or any other literary text or a “learned” text, we would place it in a library instead.

In some cases this division is a virtual one since library texts and archival documents were found together in several find spots (Pedersén 1998, 2-3). This is especially true for small collections where both types of documents were kept together in private houses and in small institutional offices. In any case, since the majority of the Neo- and Late Babylonian material originates from disturbed or illegally excavated archeological contexts, it is usually impossible to determine whether any internal division was applied to the different records stored in the same room. And yet, some circumstantial information recorded in the British Museum register points towards the existence of some sort of internal organisation, namely the storage of tablets of the Egibi archive in clay pots (Fig. 1; Walker 1980, 86). 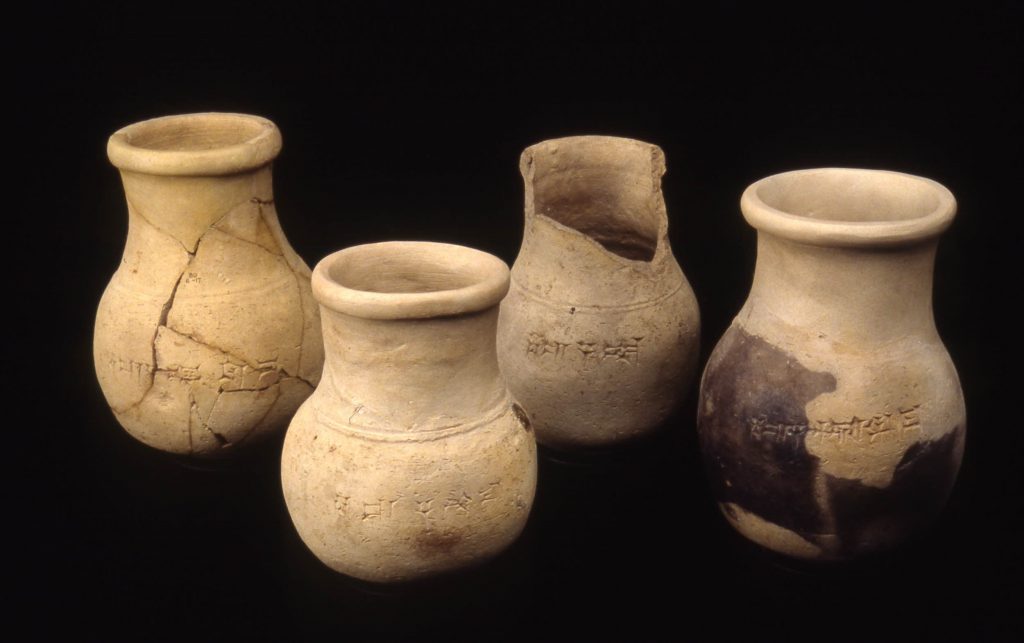 By contrast, large institutions, such as temples and palaces, seemingly practiced specialized storing, with distinct rooms devoted to different types of documents. In the late 1980s a team of Iraqi archeologists led by Walid Al-Jadir made a rare finding in the Šamaš temple (= Ebabbar, in the cuneiform records) at the site of ancient Sippar (modern Abū Ḥabbah; Fig. 2). In room 355 Al-Jadir’s team unearthed a full collection of about 800 library tablets from the Neo-Babylonian and Achaemenid periods (c. 635–550 BCE; cf. Hilgert 2013, 146) still on the shelves where they had been placed more than 2,000 years ago (Pedersén 1998, 194–197). 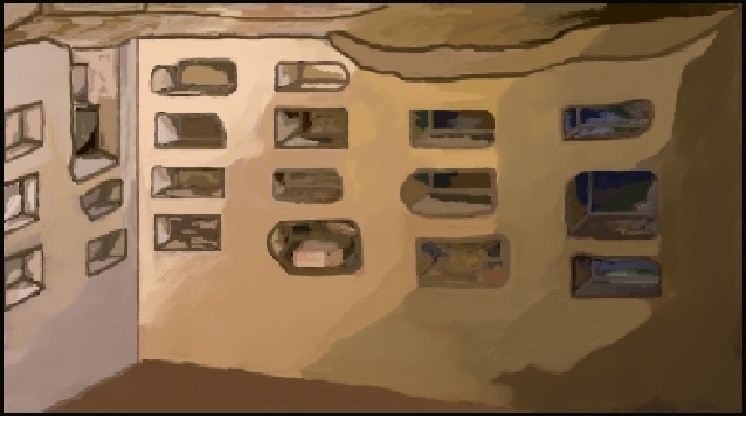 These shelves actually comprise big niches made of mud bricks – each with a profundity of c. 70 cm – which covered three of the four walls of the room. Hymns, epics, astronomical and ritual series were found there. The considerable depth of the niches and the high number of tablets stored in each of them (about 60 tablets) made accessibility difficult (Anonymous 1987, 248–249). This fact prompted some researchers to see this room as a deposit rather than a library in the modern sense (Hilgert 2013, 137–150). 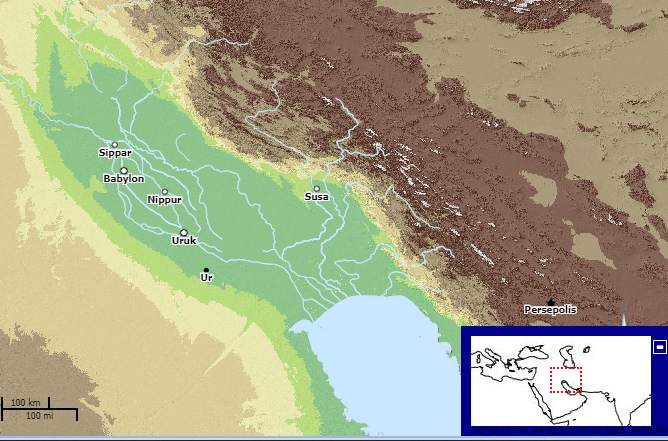 Luckily, this remote room had not been excavated before. Elsewhere in the Ebabbar precinct almost 70,000 archival tablets were retrieved by Hormuzd Rassam and others. Unfortunately, the location of these tablets was not recorded systematically. But it is possible that a large portion of the collection was also stored in a single space, namely room 55 (Pedersén 1998, 192–194).