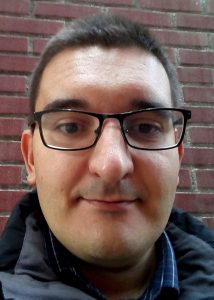 I have a background in Ancient History and a keen interest on literature. Literature is a privileged gateway for research on topics of cultural and social History. This is especially true in the case of the Mesopotamian context. Literary sources with a long process of textual transmission with several well-documented stages, Akkadian literature encapsulates the world-views and values of the communities who have written, compiled, copied, read and studied those texts for more than two millennia. Consequently, Akkadian literary texts are well-suited for comparative research.

Developed in the context of the ERC project “Persia and Babylonia”, my Ph.D. research will take as it main corpus Late-Babylonian copies of literary texts datable to the Achaemenid Period (539-330 BCE) and compare them with Neo-Assyrian copies (911-612 BCE). The central aim is to explore how the political interactions of the literate elite with the Persian dominators influenced Babylonian scholarship and cuneiform culture. Additionally, the research will analyse Assyrian and Persian cultural polices towards Babylon and how their role in the demise and success of each Empire, respectively.