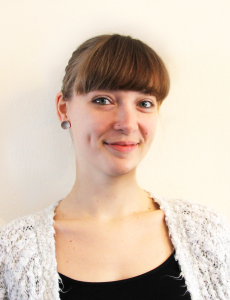 My fields of interest are mainly cultural identity; political legitimacy; revolt and revolution; transitional justice; political philosophy and philosophy of history. This goes for all periods in history, up until and including the present, but I am mainly drawn to the Ancient Near East in the first millennium BC.

Resistance and Revolt in Egypt and Babylonia: The Persian Empire (539-330 BC) in the Eyes of its Rebels

The Persian Empire (539-330 BCE) was the first world empire in history. At its height, it united a territory stretching from present-day India to Libya – and it would take 2,000 years before significantly larger empires emerged in early modern Eurasia. Its size and power was revered by some, feared by others and explicitly rejected by rebel-groups during the whole of its existence. The present project will specifically study the latter group of subjects: who were they and why did they decide to resist? Why did some provinces rebel more than others? And how can these episodes of political crisis contribute to our understanding of Persian rule?

The Persian conquests of the sixth century BC created an empire which was larger than the world had ever seen before. It goes without saying that this super-size state had a decisive impact on the ancient Near East and its diverse and multicultural population. For one thing, city-states, nomadic tribes and ancient kingdoms all over the ancient Near East lost (most of) their autonomy to a largely novel and Iranian elite; and provincial wealth and resources suddenly started flowing into Persia rather than into local coffers. The question rises how the empire’s subjects responded to this new situation: did they adapt themselves and find ways to benefit from the new political system?; did they believe in the legitimacy of and revere their new kings?; or did the loss of their independence, the imposition of tribute and any lingering xenophobia trigger resistance and – ultimately – revolt?

The experience of and response to the Persian Empire on the part of its subjects was undoubtedly diverse, depending on ethnicity, class, gender, etc. The present project, however, will look at one type of response in particular: that of resistance to and outright revolt against the Persian Empire. My research will focus specifically on the revolts in Egypt and Babylonia, two regions that sported a long history of autonomous kingship before being reduced to satrapies of the Persian realm. The two countries do not only lend themselves to interesting historical-comparative research, they are also the only provinces of the Persian Empire which have left any contemporary traces of local rebellions. These traces exist mostly as date formulae on administrative documents, which mention the regnal year and reign of a specific (rebel-)king. Revolts in other parts of the empire are unfortunately only – if at all – known from the histories of Graeco-Roman historians.

Resistance to and outright revolt against the Persian Empire is a tricky subject in modern scholarship. The Egyptian revolts especially have suffered from a lack of modern interest in and study of their origins, chronology, defeat and consequences. This is partly because of a scarcity of source material. But it is also due to the fact that historians since the 1980s have tried to rid themselves of the distortion and bias of Greek histories: whereas earlier scholars largely adopted the Greek narrative about the Persians as one of oriental tyrants, degeneracy and inescapable decline of imperial power, more recent research has emphasised the administrative efficiency, pragmatism and ‘tolerance’ of the Persian rulers. Any anti-Persian sentiments among the subject populations and any political crises that may have resulted from provincial rebellions have been down-played in the process (with some important exceptions), as relics of the old, Greek view.

The present project does not intend to revive the old dominance of Greek histories. But it does posit that modern scholars have wandered too far from the contemporary Egyptian and Babylonian sources in their attempt to rid themselves of ‘Orientalist’ bias (ironically so). A thorough study of the Egyptian and Babylonian rebellions, with full appreciation of the traces they left behind, will hopefully shed new light on these brief and often badly understood episodes. In the end, it is hoped that this study will contribute to the vexing question of how subject populations experienced Persian rule – and why certain groups put their lives on the line to fight for a new and alternative political order.

Wijnsma, U.Z., ‘The Worst Revolt of the Bisitun Crisis: A Chronological Reconstruction of the Egyptian Revolt under Petubastis IV‘, in Journal of Near Eastern Studies 77, no. 2 (2018), 157-173.